Off the beaten path a winding road on the foothills of Mt.Olympus leads to terraces overlooking the Aegean. There are other shades of autumn rust as vines have lost their leafs. Before us a landscape of winter stillness. The minds eye wants to ‘shoot’ in a grainy black and white photograph. Licorella(slate) are king here. This is the latest venture of Naoussa star Apostolos Thymiopoulos. In little over a decade he has forged an international reputation based on introducing digest modernist charms of Xinomavro. Initially the Ghi ke Uranos made waves with game changer ripe fluid fresher expressions from the southern fringes of Naoussa. The breakthrough of Xinomavro Jeunes Vignes in the US & Canada are a success story of modern Greek wine. UK, his fastest growing market, proves again that he is blessed with a sixth sense in tune with world trends. Other bright export spots are France, Belgium and Japan. 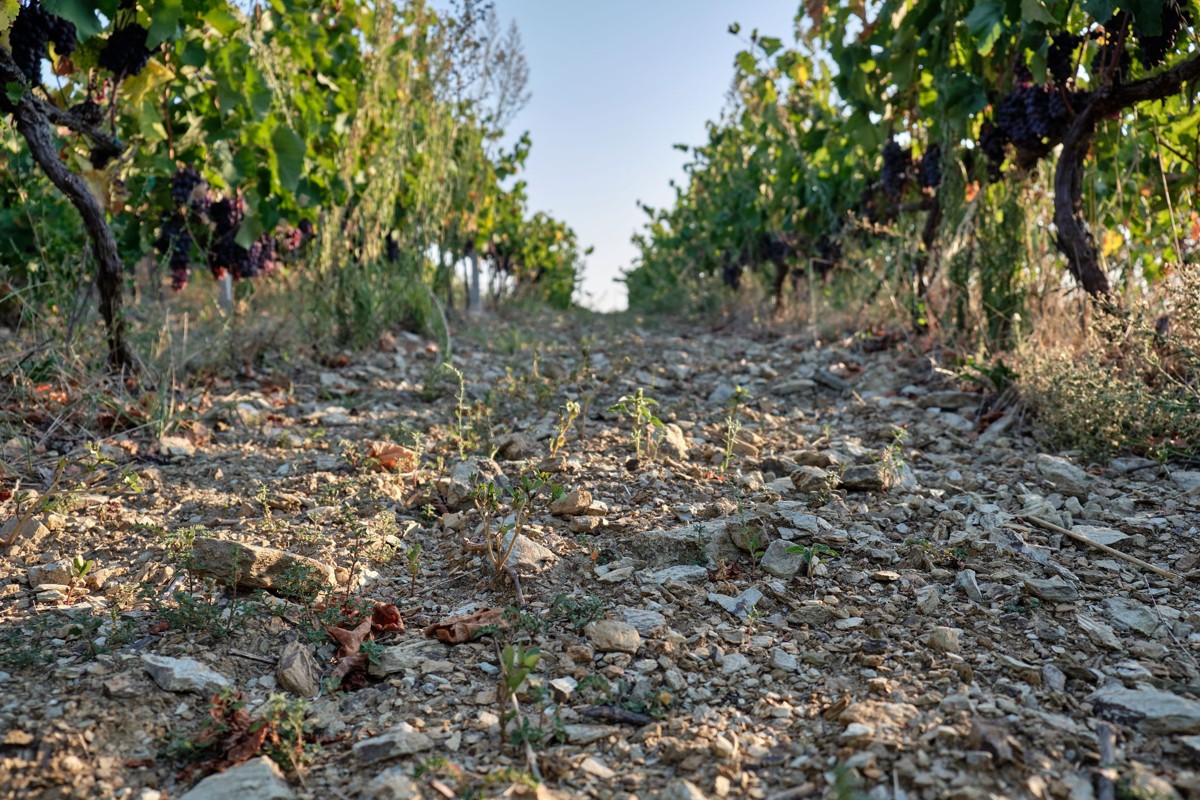 Few name places are as figuratively descriptive as Tourtoura(shiver). Standing at 500m it commands a scenic view as the platinum Aegean simmers below. At this height the most important factor is the eastern exposure as morning light is highly prized to fully ripen the great Xinomavro grape. As we gaze towards Platamonas a beach resort in the distance, I ask Thymiopoulos why did he choose to invest here.’ While they were building tunnels on the Athens to Thessaloniki highway there was a diversion. As I drove by, mountain mass, orientation and slate on high altitude looked promising. Despite it’s more southern latitude than Naoussa maybe the terroir here is a step above’. The first Terra Petra in 2015 was a difficult vintage and candidly admits ‘ I did not know or understood the vineyard’. He got a good vintage on the reviewed wine. There is something else too, he grasped the intricacies beyond old vine Xinomavro also with the other two grapes of this historic blend Krassato and Stavroto. He holds the former in high esteem. This terroir whisperer is set to bring us more of undiscovered Rapsani.

Diam 10 cork with beeswax. From the highest terrace in Rapsani. Marvelously perfumed nose alternating strawberry scented with whiffs of spice-mineral-smoke. Pure fruit, silky tannins, fine textured polished backbone. As it aerates a kaleidoscope of ever changing aromatics express precision & class. Such a complete picture. An after the storm calm moment on the palate. More Burgundian than Naoussa. For this level of sophistication the asking price is a bargain. Best 2019-2030. 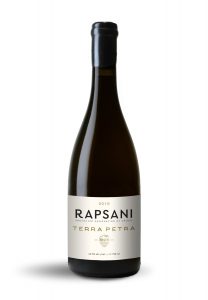