Had just finished supper after a long day of driving at the fjord like port of Limani Geraka not far from Monemvasia. In the still of the night there was little to help me see that this protected port held a historic significance with Monemvasia’s wine trading some 500 years ago. It all has to do with the weather which dictated where they could load barrels of Malvasia. The eyes mind could help out as research showed that this protected port was one of the Venetians Porto dei Botti, the port of casks. How blessed this waterfront taverna was. Modern Greece at its best. They fished with their own boats, tended their olive trees and produced food of uncluttered purity of flavour. The red grilled scorpion fish tasted of the sea. Wild greens were bitter finishing sweet due to some exceptional olive oil. Kidonitsa, the little quince variety from this winery was aromatic- pithy, a match made in heaven. Doubtful if a Domaine Leflaive Claivollon(tried it in the Aegean– it was a failure) would have been able to compliment as well the flavour’s of this setting. It was a highlight. In this relaxing mode I settled in reviewing this wine. A tiny acreage grape under revival it ticked off all the boxes of storytelling. I went to bed absorbing the earlier walk in 6 single vineyards belonging to Georgios Tsimpidis. Next day while tasting in the cold through their range, I was reminded that there is a fundamental difference tasting for pleasure in the evening and the deconstructive sharper more alert morning tasting. As each wine unravelled a picture, I got to the little prince of grapes. Yet, as my host poured the next wine Asproudi, it took me aback as it went from the charming to the more profound. Here were some never previously encountered genes grabbing all my attention. We think we understand and know, yet wine has that magic wand humbling us and sharing it’s wisdom while having the last word. Perhaps I was looking in the wrong place for the little prince? Well my friend geneticist and author José Vouillamoz was so smitten with Kidonitsa he shortlisted it in his presentations as a stellar grape of the future. Capable of great things in a climate changed world. The only issue, if we can call it such, is that that in this part of the eastern leg of the Pelloponese and the rest of the country one finds under the broad umbrella term Asproudi(white) a host of other candidates with equally if not more impressive tasting profile. According to Georgios Tsimpidis there are two grapes in this singular wine, Aspro Varia and Kitrino Varia(white and yellow heavy) that make up this intriguing blend. It is fleshy,  it paints a deeper picture with more gravitas than rising star Kidonitsa. 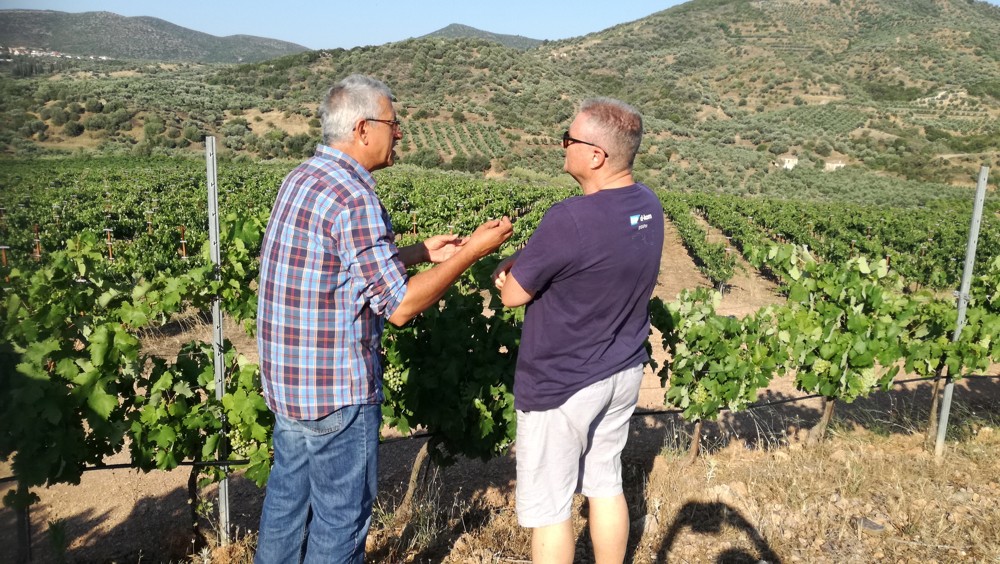 Elli and Georgios Tsibidis have been battling as the only winery in this once famous historic wine exporting port since 1997. Paros is the keeper of the Monemvasia grape. When I first visited Monemvasia in the early 1990’s I found no vineyards. Yet, there was one ungrafted vineyard further inland in Sparta the Roumanis vineyard which I only discovered on this trip. Apart from the beautifully restored Byzantine-Venetian walled town of todays Monemvasia there was not much of the past wine glories to reconnect with other than tomes of books in libraries in many languages and countries reaching volcanic Madeira in the Atlantic ocean. This revival effort speaks volumes. Obviously there is talent and determination in spades in the Tsimpidis family. During this rich in discoveries trip one of the pleasant suprises was meeting their youngest daughter Artemis. This precocious 14 year old is a natural communicator and gifted in language skills. Her brilliant debating monologues were a delightful tour de force. There is in place the next step of the Tsimpidis Monemvasia story. Marialena their elder daughter is graduating in food sciences. She has helped her father in two harvests and is vineyard oriented. Their middle child Anastasia is also getting involved in communication. The all new new winery with a handsome tasting room nearby at Kokkinos Vrahos, well thought out and planned, energy efficient with ample parking is in the final stages of completion. Georgios Tsimpidis confinds he would ideally like to hand over the new winery to Elli and daughters. ‘ My place is in the vineyards. Will focus on the lesser known Asproudes…as he gazes out towards the vineyard he ponders there must be a red grape in there worth saving’.

As I reflect on this couples life long project he adds with a wink.’ It is Dionysos will’ after a pause he adds ”July 23rd is a great date….first castle freedom of the Othoman empire…the same date the presidential decree was signed to produce again after 500 years Malvasia wine in its place of origin”.  It takes grit to kickstart writing a new beginning single handedly as this family has admirably charted. There are many of us looking forward to the next chapter. 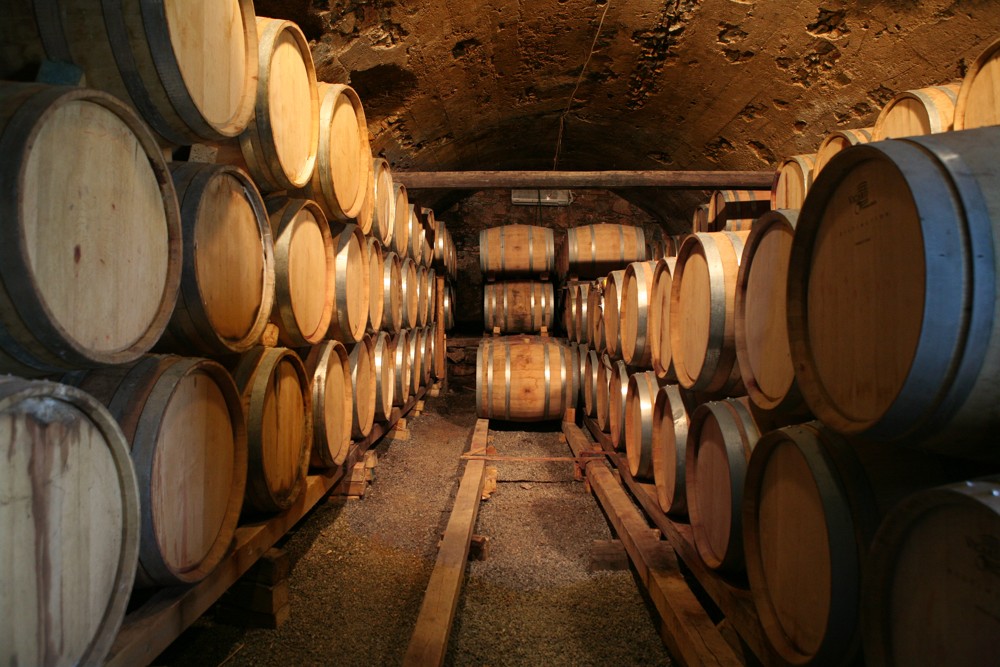 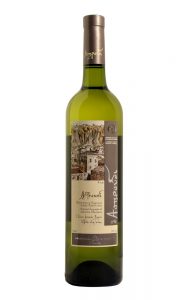