The future of our vineyards

On my first visit to Cyprus my friend the late Akis Zambartas took me to the high vineyards frozen in time mostly planted with Xynisteri and Mavro. This cosmopolitan technician and leading figure of modern Cypriot wine was looking into the future. Beyond planting the impressive Malia vineyard he was working on a list consisting of grape varieties then only known to a handful of farmers. Having witnessed his communication with one of them was a brilliant piece of life’s theatre. Greek Cypriot is closest to ancient dialect – economy of words, directness and accent are the most beautiful spoken Greek today. If only my high school classes were this engaging. Not that us mainland Greeks understand all of it. Wine jargon filled in some but not all of the blanks. It is a perennial catch up broadening our linguistic origins. Back to the Zambartas list. Facing climate change planting vines at higher altitudes now reach 1,500m. With these rediscovered indigenous grapes Cypriot wine has an exciting future. There are over 70 wineries. With all the changes one can see why. The home market has picked up again, export sales are brisk. 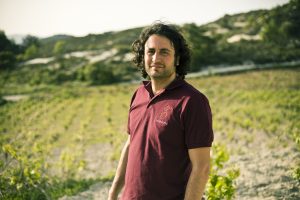 During the comprehensive visit we started off at Zambartas located amongst lime stone terraces of Agios Amvrosios. Australia trained Marcos Zambartas had just finished the tasting room & restaurant to the wine tourist friendly boutique winery founded by his father Akis. Not afraid of innovation as of the 2018 harvest he is switching all closures to screw caps. Stand out is the Polemia single vineyard Xynisteri planted in 1988 near the village of Chandria at 900m.

The 2017 SV had 40% cask ferment. Though ambitious it had great precision. The pioneering Rosé captured the character of two star grapes Lefkada(Greece’s Vertzami) and Cabernet franc managing balance and length on the tasty extract. This mouthwatering glassful was daring and now widely copied. The Maratheftiko continued on the modern new Cyprus style. The Shiraz-Lefkada had spice, creamy ripe tannins, showing complexity.

Amongst conifers at the village of Koilani(900m) lies the Ayia Mavri boutique winery. Their dessert Moshatos a perenial competition winner is simply world class. This naturally sweet Moshato is not only the islands top example, it easily sits equal with the finest grown in the Meditarrenean. It is also above anything currently produced in this style within Greece. Though it’s origins has long been disputed, recent DNA research in France’s INRA confirms that Muscat of Alexandria is indeed a Greek grape. 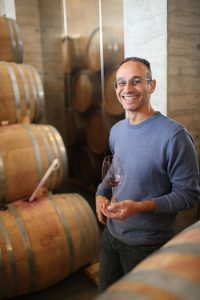 Also at Koilani just below Ayia Mavri lies the modernist winery of Vlassides. UC Davis trained Sophocles Vlassides beyond his considerable achievements yet remains humble, talking openly about issues, such as the prolonged heat waves blocking photosynthesis. His terraced vines have 18% active limestone. Late spring nature was in great form with bright green foliage in this bucolic setting. The winery produces 150,000 bottles per year. We learned it was French ampelographer Pierre Gallet who was first brought to Cyprus in 1995 by Akis Zambartas and discovered and named rising star Yanoudin grape after the owner of the vineyard. Vlassides has planted 2 Yannoudin plots. His Grifos 1 red is made with Agiorgitiko and Mataro. It is one of the most inspired blends of two warm climate grapes, a meeting point of eastern Med meets western Med. Floral from the former with structure from the latter. It works.

With over 2 million bottles per year KEO has the resources and know-how to show more of this islands little known high potential. Beyond their value for money wines in essence they are a large estate with vineyards at 700m. They tried machine harvesting and found that they had to abandon it. The entry level Xynisteri was vibrant, light and insistent. Their Altesse tastes less Mediterranean. It has smaller berries and is picked later than Xynisteri. Their Heritage Maratheftiko 2014 had polished tannins. Their Gianoudin 2015 was from cuttings first sourced from Pitsilia by Gallet & Zambartas. It’s purity are an eyeopener to the potential of this rising star grape. St.John Commandaria 1984 was harmoniously nutty with honey and dates. The complexity argues convincingly why these aged dessert wines can be such stars.

One of several surprises on this trip was the open minded driven need to pool research resources by three heavyweights Vlassides, Argyrides & Tsiakkas. More on these and new exciting ventures in the next blog. 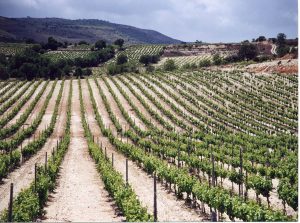 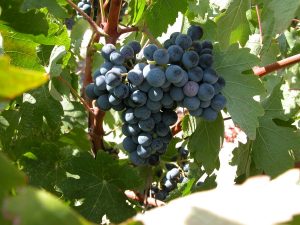